My husband is a solutionist by nature, but he’s shy, and doesn’t like to talk about it. If you are not familiar with the skill, please read on, because it could come up at a cocktail party, and you’ll thank me later. This all came barreling to the surface when we were recovering at the lake last week. One of the many detriments of aging is the body’s inability to fight jet lag. We decided the best way to get over this malady is to treat it like a flu, with sleep, rest, and lots of fluids. There is not much to do at the lake, but putter around the house in your pajamas, and watch reruns of the Walking Dead. I’m kind of into the zombie thing right now. Anywho, we’re sitting outside around midnight, gazing at the stars, neither one of us can sleep, but we’re exhausted. Makes me want to eat continuously, but I recently learned one glass of red wine is like going to the gym for an hour, I should be fat free by weeks end.

I’ve decided I’m more of an explorist than a solutionist. Lounging on the patio settee, gazing at the stars, I ask Larry, “Do you think there’s alien life out there? I mean look at all those stars. There is no way it’s only us.” Larry, slight grunt. Me, “I think there has to be life. I wonder what they look like? Have you ever thought about what kind of life would have evolved if the dinosaurs had survived?” Total silence, he must be thinking, but it’s hard to tell in the dark. Me, “Have you ever read The Sparrow by Mary Doria Russell?” I guess he thought that was a rhetorical question? Me, “If you haven’t, you should. It’s about space exploration. It’s a classic.”  Larry, “Never heard of it.” Me, “I don’t want to ruin it for you but the priest is the only survivor.” Larry, “Really?” Me, “It’s one of those books that begins with the end, the priest is the narrator, because he was the only living witness. It explores our nations history of obliterating and exploiting native cultures. It’s thought provoking.” Larry, “Don’t need provoking.” Me, “Clearly.” After several minutes of silence I say, “You know I’ve had a stiff neck for several months now. It’s really bothering me. Do you think I’m dying?” Larry, “Not a chance.” More stretches of long, boring silence. Me, “What would you do if you knew you couldn’t fail?” Larry, “Sleep.” Me, “I can just as easily haunt your dreams.” 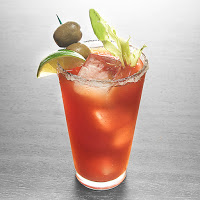 So the next morning he says, “Let’s hike Buckingham.” Me, “Sounds good, I’ll be ready in ten, I can tell you all about my dream.” I’m sure he can hardly wait. We head over to Buckingham, a small neighborhood, just  five minutes away by boat. It has miles of paved streets, big shady trees, and a clubhouse that makes killer Bloody Mary’s. For the first mile I tell him about how I was catapulted off some monstrously high cliff, I knew I was going to die, but for whatever reason I timed my decent, it lasted exactly forty-four excruciating seconds. The weird part is the soft landing, I slide right into the water, like a hot knife through butter. “What do you think it means?” He says, “We could probably calculate the distance of your fall.” Me, “Honey, are you daft? It’s symbolic. Maybe death is not be a bad as we think.” He removes his hat, swipes his forehead with his hand, replaces the hat, and keeps walking. After a mile of silence I start to whine, “You haven’t said one word all morning. I’m exhausted, all this inner dialogue is driving me crazy, and now my dominate personality is giving my shadow self the silent treatment. Do you not have one interesting thing to say?” He gives me a decidedly critical glare, shrugs his shoulders, and heads off in another direction. When he’s about a hundred feet away, I send a text, I’ll be waiting on the boat. This is ridiculous. Ten minutes later he finds me stewing on the bow, he says, “You ready for a Bloody?” Me, “I’m mad at you.” Larry, “I’m mad at you.” Me, “Good.” But it’s hot and I could use a cool beverage. In silence, we walk over to the clubhouse, grab a few chairs on the shaded patio, order drinks, and glare at each other. He says, “You want to know what I think about?” I raise my eyebrows, “You have thoughts?” He ignores me, “I was considering your stiff neck last night, I think it has something to do with how you hold your neck when you write, so I ordered you a neck brace. It’ll be delivered in two days.” Me, “Really, that’s what you think about?” Larry, “Contrary to popular belief I really don’t want you haunting my dreams.” Thank goodness I like to explore rather than solve, because I would reprogram one of those collars that shock a dog for barking, to shock a man when he’s silent. Now that should get Stanley Milgram off the hot seat and I could likely retire.

For the love of God leave a comment!
P.S. Every time I forget to put on my neck brace he’s like, “It doesn’t work if you don’t wear it.” He seems to be enjoying my discomfort. I did not tell him about my sore jaw, he might order me a mouth guard, and I’ll be staring in One Flew Over the Cookoo’s Nest inside of a week.

You might also enjoy: The Graduate or From the Brim of the Mountain I find my Strength