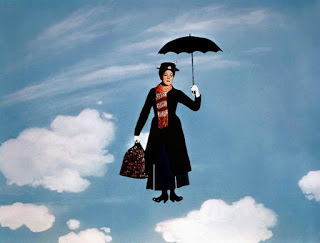 As my daughter Julie and her husband Nic prepare for an evening wedding in the city I prepare to manage all three of their kids, under the age of three, single handedly. No. You read that correctly. Calm down I brought wine. As I pull into the drive I realize I’m praying, not only for fortitude, but for the blessing of having to pray for fortitude. I put the concept of grace and grandchildren in the same category, both of God, both unexpected gifts of indescribable joy.

Etta Hilesum says, “A desire to kneel down sometimes pulses through my body, or rather it is as if my body has been meant and made for the act of kneeling. Sometimes, in moments of deep gratitude, kneeling down becomes an over whelming urge, head deeply bowed, hands before my face.” Exactly, to be overcome with gratitude, is to be a Grammy.

I arrive with a pint of chocolate milk and a bomber of Sauvignon Blanc. I don’t know why but the word circus comes to mind when I enter the Jensen home. The image makes me smile. I dump my stash in the kitchen and notice the twins bobbling happily in a couple of those jumpy contraptions, Audrey is her own jumpy contraption, and Nic is pacing in front of the television, bemoaning the fact he will be missing the BYU-Utah game, still in shorts, and a bright red Utes shirt.
I kick off my shoes and do a little jig with Audrey. She says, “I a big girl now,” and lifts up her dress to show me her disney underwear. “Me too but my underwear is not as cute,” she giggles. The twins are like stereos, as soon as one starts fussing the other one goes off, but with an incremental increase in volume. I grab up the loudest one for obvious reasons, and try to keep Audrey from leaping back and forth from the couch to the ottoman like a kangaroo, but with much less skill. She is not exactly spatially aware and the television remotes go crashing to the floor.
Julie yells from her room, “rotate them,” (I think she means the twins but I’m not sure) and goes back into the bathroom to dry her hair. This is when I notice all the fun stations she has set up around the room, like musical chairs, I move the twins to the floor mats equipped with rattles dangling from a cross bar, round mirrors, and weird little flaps that make these annoying scratchy noises when kicked. The twins seem enthralled. I feel so competent.

Suddenly everything goes dark, apparently Julie’s hair appliance blew the main fuse, which includes the television. Nic is not pleased. I’m happily playing musical stations with the twins and not bothered in the least by the blank screen. In fact it significantly reduces the noise in the room. When did I get so old? Audrey continues jumping across the living room, pretending the floor is hot lava, and I’m pretty sure it was her left foot that knocked over the candle set, but it could have been her right. Is it five o’clock yet?
“If my game doesn’t get recorded because of your hair dryer there will be hell to pay,” Nic heads outside to fiddle with the circuits.
“Nic, I need to straighten my hair! Is the electricity back on?”
“Julie, I’m working on it,” there’s a hint of irritation in his tone.
I’m singing, “I’m a little teapot short and stout, here is my handle, here is my spout,” desperately trying to entertain the twins who are no longer interested in tummy time, “when I get all steamed up, hear me shout, just tip me over, and pour me out.” Total fail. Rotate.
The kangaroo is hopping around, “I have to pee. I have to pee.” What the hell? The parents are still home and I’m barely managing. I try to maintain my sense of humor, comedy from chaos, how bad could it get? I had four kids, I got this, if only I remembered the duct tape.
Without warning the television comes back to life, a little shocking, the twins are not pleased. Nic checks the recording devise, explaining to me, “I don’t want you to think I’m a fanatic but I have never missed the BYU-Utah game in my entire life (not impressed, wait till you’re my age). Even as an infant I watched it with my grandma. I’ve gone to the games with my Dad ever since I can remember.”
“Nic, twenty minute warning,” Julie yells from the back of the house (such a mom thing).

I’m like, “Wait? You’re leaving?” Everyone ignores me.
She grabs one of the twins fussing in an infant seat and heads down to the nursery for a quick feeding. My confidence is rising like the tide because dealing with two kids instead of three is so doable.

“No they don’t, they come with remotes,” Nic grins.

Audrey continues perfecting her jumping skills, as I deftly catch a water bottle that went flying, but no one saw it, so you’ll have to take my word for it.
Audrey says, “Grammy, let’s do my nails?” Is she kidding?
“Maybe later honey,” I’ve got Cora teetering on my hip as I attempt to move all glassware to the kitchen.
It takes Julie ten minutes to nurse Sienna and put her down for a nap. Grabbing Cora out of my arms she gives Audrey a five minute warning about “nap time.” Audrey attempts to negotiate terms as Julie disappears down the hall, “Ten minutes Mommy, chocolate milk now, and door open.”

Julie responds, “Seven minutes, chocolate milk after your nap, and we’ll leave the door cracked (she really should have been a lawyer).”

Audrey seems to believe this is a win.
As if a miracle, Julie has all three girls down in a span of twenty minutes, and she runs to her room to slip on her dress. I don’t know how Nic managed, but I turn around, and he’s buttoning a recently ironed dress shirt. When did he have time for a shower? I’m still traumatized by the condition of the living room. I start shoving play stations into the corners of the room to create walking space.
Before I have time to snap a pic of the two of them they’re getting in the car. In a hurry much? I sit down on the couch, toys, blankets, pacifiers be damned. Wow, it’s so quiet. That’s when I hear a knock at the front door. Julie forgot her water bottle. I cringe as the door slams. Two minutes later she’s back, she forgot the invitation with the address, door slams. Are you kidding? Obviously these two don’t get out much. Audrey peeks out of her room.
“Honey, it’s still nap time,” she retreats back into her room. That was way too easy.
Three minutes pass, I’m afraid to move for fear I’ll wake one of them up, when I hear another knock at the door. Okay, this is not funny, I’m sweating now. I see Larry peeking through the window at the top of the door. For the love of God, if he wakes up one those babies, I will not be responsible for my actions.

Of course he brought Shaggy (the dog I recently saved with half my yearly salary), perfect, I point my finger at him, “Do not make a sound, they are all down for naps.” Shaggy heads straight down the hall and butts his head up against the door to the twin’s room. I race down the hall as if I’m Flo-Jo and drag him away, he barks, I give him the look. “Put him out back Larry!”

Larry says, “I just finished all my chores, thought I’d come help,” he settles into the couch, “I could use a nap.” Really?
I can hear Audrey jumping around her room but for the moment she stays inside. The twins cry out every now and then, usually it’s a lost binki, I have to tiptoe in and find it. They take turns so every time I sit down the other one goes off. I hear Audrey talking to a make believe friend as I pass her door for the tenth time. Mr. Helpful is sound asleep.

All is calm for the moment, I pull out my computer, but before I have time to finish a paragraph Audrey is done with her so called “nap.” The twins wake up fifteen minutes later.

My poor bottle of Sauvignon is sweating it out on the counter whilst the little pint of chocolate milk takes center stage. It’s not as easy as it looks holding a wee one, while pouring milk into the narrow opening of a sippy cut, in the hands of a two year old, who has ants in her pants. We may have stained the carpet permanently.
They all require feeding, cuddling, and soothing at the same time. This is not an easy job and I’m no Mary Poppins. I’m making bottles as fast as I can, Larry’s slicing up meat for Audrey, Shaggy’s positioned at her feet in case anything accidentally falls to the floor. Feed, burp, feed, burp, diaper change, musical stations. I’m starting to loose track of who’s who, “Is this Cora or Sienna?” Larry checks for the birthmark on the back of her leg (their only definable difference), “It’s Sienna.” I notice he has a full plate of food and a beer. #nothavingit #minirant #rotate

I somehow managed to make each of them cry at least once during the evening, it’s a soft talent, but I’m modest, and try to keep these accomplishments to myself. At one point I cried. Oh yes, I remember, it was when they all went to sleep. I hope Julie doesn’t mind the glitter I sprinkled on Audrey’s pillow so she would wake up in the morning and know that Grammy is her stardust.
I finally opened that sweaty bottle of Sauvignon Blanc, propped my feet up on the now dented ottoman, and experienced a moment of total grandparental bliss. As Doug Larson says, “few things are more delightful than grandchildren fighting over your lap,” well there’s that, and bedtime, both unexpected gifts of indescribable joy.