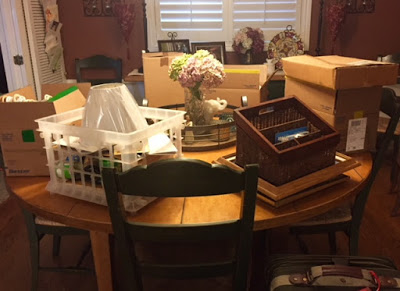 Just opened my eyes, it’s predawn, I’m listening to the birds wake, enjoying a warm fire, giddy over my first cup of coffee (yes I fed the dog or no one would be lingering with this delicious quiet). Sharon Salzberg says, “bring your attention to a new level by dramatically slowing down what you’re doing.” This is my kind of gal. Wrapped in a soft shawl I snuggle deeper into my euro pillow.
I love the view of the courtyard from my bed where memories of family dinners on the patio, indistinguishably, blend into the scenery.

This is when I’m startled our of my wits by the piercing screams of an angry squirrel (something about a nut) and it totally breaks the bed magic. Damn. Shaggy takes off like a bullet through the dog door, knocking over a planter, the squirrel jimmies up the magnolia tree, squats on a low branch, and continues scolding my dog.

I feel like that sometimes, to be clear, I mean the dog, chasing illusive things like peace and quiet.
Now that I’m standing outside in my underwear, resurrecting the fallen planter, talking to obdurate animals (Shaggy refuses to come in and the squirrel refuses to shut up), I notice a few of the plants look thirsty. I pull out the garden hose which reminds me to drink a little water in-between cups of coffee (who am I kidding), that’s not going to happen.
The shadows look menacing on the patio in the early morning light, as if a giant drone is hovering over the yard, keep in mind I watched The Circle last night. All alone. And now I’m reconsidering the whole idea of posting a lifestyle blog. What the hell was I thinking? Scarlett has the right attitude, I can’t think about that right now. If I do, I’ll go crazy. I’ll think about that tomorrow. (Gone With the Wind)

I crawl back into bed trying to recapture the serenity of the waning morning, open my computer, and as advised I let my fingers linger over the keys. I decide to give my thoughts free reign this morning, no judgement, no censoring. Which reminds me of a classic Anne Lamott quote, “I thought such awful thoughts that I can not even say them out loud because they would make Jesus want to drink gin straight out of the cat dish.”

I’m elated that the crisp fall air has finally overcome the heat of summer, as it should, resulting in pumpkins, dead leaves, pissed off squirrels, and shorter days. Time to turn off the automatic sprinklers, clean out the gutters, bring in the outdoor cushions. I have this uncontrollable urge to sharpen pencils in the fall. Teacher problem. What can you do?

HOLY SMOKES, the fire alarm just went off, you would of thought a new pope was elected. Who knew I could move so fast? I put a few eggs to boil when I fed the dog over an hour ago and sort of forgot about them. I was just thinking what is all that racket coming from the kitchen, it was the eggs, rolling around an empty pan, ready to burst into flames. Now I have this pungent smell wafting through the house, ripe, like a fall garden. “The key to everything is patience, you get the chicken by hatching the egg, not boiling it to death,” [adapted] Arnold H. Glasow.

No harm, no foul (or should I say fowl), everyone go back to what you were doing. (As soon as I hit the publish button, you know who is going to call, with all his feathers in a ruffle)

Speaking of Larry, we play this game every year, where we see how long we can go without turning on the heater (it’s actually his game I’m just a pawn). We made it to November a few times but we were no longer on speaking terms.
I protest, “your pushing it,” as my early morning breath fogs my glasses.
He says, “put on a sweatshirt.”
“I’m still cold.”
“You’re Swedish, you love the cold.”
“I should mention we migrated five generations ago.”
Shaking off the chilly memory, I’m reminded that today is my first day of solitude, and believe me this only happens once in a blue moon. I’m a little worried about stumbling upon Salzberg’s advice because I have a tendency to overindulge. It is not hard for me to imagine five o’clock rolling around and I haven’t moved a muscle except to refill my coffee and put out the fire. It happens.
Larry is doing the annual sixty-five mile bike ride around Clearlake with a bunch of friends. They call it guys weekend (a.k.a. no women allowed). Bunch of nine year olds, in their tree fort, with the ladder pulled up. I’m thrilled.
Dante headed to Sonoma to visit his cousin Malia. Julie, Nic, and the girls drove down south to visit Titi Marta, Tio Ken, and Sophia. Kelley and Tim are joining them for the weekend. Tony is still in Australia, which I am silently protesting, so it’s not getting a lot of press. My parents are gallivanting in heaven, which leaves Shaggy, and a mentally deranged squirrel to keep me company.
With no eggs to eat I spend some time filling an on-line cart with swimwear from Nordstrom’s for an upcoming trip. Boy do bathing suits and sandals add up quickly? Nora Ephron says, “Oh, how I regret not having worn a bikini for the entire year I was twenty-six. If anyone young is reading this, go, right this minute, put on a bikini, and don’t take it off until you’re thirty-four.” The bigger question for me is, do I splurge, or do I hoard? I hit the “finalize your order” button before I could change my mind, I know, brilliant. (Calm down Larry, free returns)
I should be tackling the kitchen table which is piled with stuff from my Mom’s estate. I’ve been avoiding it like the plague but it won’t go away. I purposely put everything on the table because I can not stand piles anywhere in the house especially in the dining room. It’s physically exhausting. I circle the the stacks of paraphernalia, over and over again, frowning, confused, stagnated. What do you do with eight yearbooks from Los Gatos High School with penned notes from mom and dad to each other? Framed pictures of all the relatives? Her perfectly preserved wedding dress? A slide projector? Christmas decorations? A cash of signed postcards from Hollywood’s biggest stars during the sixties? It’s endless…

So the idea of staying in bed all day is sounding better and better. I have several books lying in wait. I’m almost finished with Truly Madly Guilty by Liane Moriarty. She writes suspense. After the first two chapters I couldn’t stand it. I read the last page, okay the last several pages, and now I know how it ends. I’m not proud.
There’s also a mud mask I’ve been wanting to use and I need to wash my hair. “The amount of maintenance involving hair is genuinely overwhelming. Sometimes I think that not having to worry about your hair anymore is the secret upside of death,” says Ephron. And what about carbohydrates? Let’s just put the whole Nordstrom’s bikini thing aside, Larry is gone, I’m alone, and I’m pretty sure I have enough popcorn for every meal from now through Sunday.

I’m as giddy over my fourth cup of coffee as my first, the noisy rodent is bothering someone else, Shaggy’s sleeping at the foot of my bed, so I’ll just bring my attention to a whole new level, and snuggle deeper into my euro pillow.

“Sometimes I wonder about my life. I lead a small life – well, valuable, but small – and sometimes I wonder, do I do it because I like it, or because I haven’t been brave? So much of what I see reminds me of something I read in a book, when shouldn’t it be the other way around? I don’t really want an answer. I’m just putting it out there.” Nora Ephron

I’m Living in the Gap, drop in any time, clearly I’m lonely.
Parker Palmer writes a beautiful piece on yearning for empty space filled with silence and light. It’s as if he read my mind.