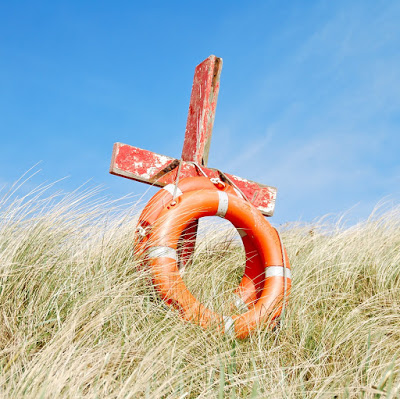 “Love and death and sex and survival are important to most of us,” claims Anne Lamott but I like to stress the importance of thriving over merely surviving. And I believe the chrysalis of a full life is the heart, surrounded by flesh and blood, ready to open when the time is right, and we are free to do so.
What is deeply embedded in my heart? It takes me only a minute to identify loved ones, hopes, faith, and dreams, but more important (or impacting all else) is the freedom in which we live, love, and pursue our lives.

Freedom of expression is the chili hot topic of the day. We all have opinions but I’ve noticed lately in todays media frenzy how often we only hear part of the story. We’re bombarded with a version of the truth that might be accurate but fails to represent the full picture. When you leave out or ignore opposing views (especially the controversial ones), the story is incomplete, a dressed up version of the truth that moves so fast I feel hopelessly unable to keep up.

“Whenever I want to say “only” or “always” someone or something proves me wrong. Richard Rohr

I remember running the Bay to Breakers race in San Francisco, it usually falls in May, but this particular year it was held on the 19th, my actual birthday. I was twenty something, rather wet behind the ears, and mortified when nearly a hundred fellow runners joined my husband in serenading me with the birthday song.

There was this particularly jubilant quartet, great voices, gaining on me fast (which is not difficult at my speed). When I turned around I was surprised to find them dressed in black tuxes, with crisp white shirts, black cumber buns, and red bow ties. I remember thinking how in the hell are they able to run (while singing) in such cumbersome costumes, until they passed me up. From behind they were completely naked. I was shocked but that did not distract me from enjoying the toned derrières bouncing down the street.

Now if I only told you about the tuxes, the story would be correct from one point of view, but deplorably off target in terms of the full naked truth.
When my kids were little I developed the crucial skill of weeding through the bullshit to get to the real story. In terms of children and care givers we galvanize our concern around the children, the vulnerable population, prone to abuse (all true) but believe me when I say mother’s are also a vulnerable population. Young children remain uncivilized for years and at times can be ruthless dictators inciting hostile take overs under riotous conditions.

“We can learn the art of fierce compassion – redefining strength, deconstructing isolation and renewing a sense of community, practicing letting go of rigid us-vs.-them thinking – while cultivating power and clarity in response to difficult situations.” Sharon Salzberg

Bear with me while recount a particularly deplorable scenario from my child rearing years. I remember walking (storming) into the family room because the noise was reaching critical levels only to notice three or four guilty faces, one completely absorbed in a book, clueless as to the circumstances churning around her, the wee one whining so loudly I didn’t realize the dog needed to go out, and now I have more shit to clean up.
Me, “why is so and so crying?”
Kids, “I don’t know, he’s sad.” (true)
Me, “what happened?”
Kids, “He’s pre-verbal mom, who knows.” (all true)
I spend thirty seconds noting everyone in the room is enjoying a graham cracker (even the dog) except the sad one, pre-verbal, who apparently is also unsuccessful at the game keep-away (tossing a cracker above pre-verbals head and giggling at his clumsy attempts to capture one). Kids can be rotten!
I pick up the sad one and say, “sweetheart, I think I have one ice cream sandwich left in the freezer, how would you like that?”
Back in the day I had this little white flag I’d hoist in the holder out front when I was in need of reinforcements (usually around 5:00 pm when my friends were returning from jobs outside the home). Like magic, the minivans would show up in the drive-way, I’d pop a bottle of wine, and the hostile dictator who wanted to pitch a tent on the roof, RIGHT NOW, would be under the care of a refreshed care giver. I have been humiliated, beaten down, sliced open by the jagged edges of life. I’m a Mom it comes with the territory. All I can say is thank God for girlfriends. The shenanigans that go on behind the scenes is often the real story. Find that and you have something to talk about.

“Honesty is more than not lying. It is truth telling, truth speaking, truth living, and truth loving.” James E. Faust

A few days ago I participated in a back to school retreat with the faculty and staff of Notre Dame High School at the beautiful Mission San Jose. We explored the act of living humanely in a chaotic world. It was the usual stuff with a bit of a twist. We came together with newspapers, water bottles, and sunflower notebooks charged with investigating the full dignity of the human person, the right to participate in society, seeking the common good and well-being of others, especially the poor and the vulnerable. How the economy must serve the people, not the other way around. That our work is more than a way to make a living, it is a form of participating fully in the world, giving us not only purpose, but a sacred obligation to love our neighbors. Sound suspiciously like Catholic Social Teaching? Because it is!

We are one human family, so we’re sort of stuck in this together, and suddenly loving our neighbor has global implications in a shrinking world. Sifting through current events, looking behind the pretty picture, we gently broadened our vision of what it means to be human or humane.

“A man planted a vineyard. He put a wall around it, dug a pit for the winepress and built a watchtower. Then he rented the vineyard to some farmers and moved to another place. At harvest time he sent a servant to the tenants to collect from them some of the fruit of the vineyard. But they seized him, beat him and sent him away empty-handed. Then he sent another servant to them; they struck this man on the head and treated him shamefully. He sent still another, and that one they killed. He had one left to send, a son, whom he loved. He sent him last of all, saying, ‘They will respect my son.’ But the tenants said to one another, ‘This is the heir. Come, let’s kill him, and the inheritance will be ours.’ So they took him and killed him, and threw him out of the vineyard.” Mark 12

Our prayer included this world as legacy, bequeathed to us from past generations, but also on loan from the young. Our purpose inspired by the prophet Micah, “to do justice, love goodness, and walk humbly in the world,” which may simply be the capacity to skillfully weave the unique wisdom of others with that of our own.

A moral position is not a message, says Anne Lamott, but a passionate caring inside you. Everyone deserves a graham cracker, a safe place to live, and the inalienable right to the procurement of joy. I’ve learned the vulnerable are not always the ones who look like they need help, sometimes they come dressed in ways constructed to deceive, and avoiding the raw, stripped down, stark naked view of life doesn’t make it go away.
We all fail at life. There would be no need for love if perfection was possible. That’s where the best lessons can be learned, where reconciliation begans, and the blessed conferral of absolution, “I forgive you, go, and sin no more,” a Jewish guy.

We’re all a little broken. We don’t need more varnish; we need a carpenter. Bob Goff

Like young mother’s we must use our intuition and insight to scan for the marginalized fragments of society, focusing on those without a voice, than joyfully lifting them up, allowing for healing, dignity, and access to common goods which to many seem deplorably out of reach. This work can not be done in isolation, we need each other, and a couple of white flags.

“I used to think that paired opposites were a given, that love was the opposite of hate, right the opposite of wrong. But now I think we sometimes buy into these concepts because it is so much easier to embrace absolutes than to suffer reality. I don’t thing anything is the opposite of love. Reality is unforgivingly complex.” Anne Lamott.

I think we are sophisticated enough to realize there are two sides to every damn story. If I’m afraid to follow the truth into the shadows, where the story might be hiding behind a classy tuxedo, I’ll miss the half I’m in search of, the naked truth.

“There would be no need for love if perfection were possible. Love arises from our imperfection, from our being different and always in need of the forgiveness, encouragement and that missing half of ourselves that we are searching for, as the Greek myth tells us, in order to complete ourselves.” Eugene Kennedy

I’m Living in the Gap, drop on by, we can debate the naked truth.