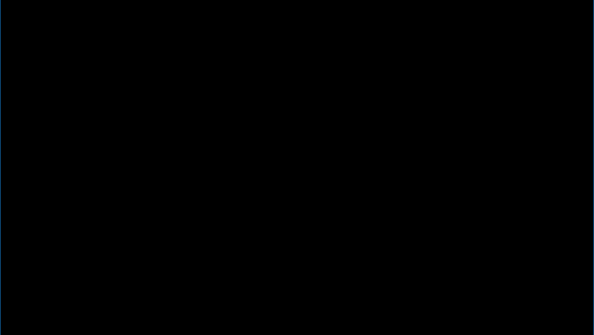 I’ve been struggling to write a post this week, because I believe this is a time for me to be silent, to listen, and learn, but I also believe the only thing necessary for the triumph of evil is that good men (women) do nothing (attributed to Edmund Burke).

I’ve been a student of life for sixty years and yet today I feel as if I know nothing. As a society, we’ve erupted. I think it is interesting that volcanoes erupt when molten rock called magma rises to the surface. If the magma is thick, gas bubbles cannot easily escape, and pressure builds up as the magma rises. When the pressure is too much an explosive eruption can happen, which is dangerous and destructive, but capable of reshaping the very structures it destroys.

Pema Chodron says whether we experience what happens to us as obstacle and enemy, or as teacher and friend, depends entirely on our perception of reality.

This has more to do with the relationship we have developed with ourselves then you might think. How I treat myself when I’m hurting, angry, frustrated is likely how I’ll react to others in the same predicament.

Am I ready to look at the part I play in the current reality, come out from the safety of the suburbs, and confront my own racism? To take a sober look at my own bias, privilege, and exclusionary practices. This is when I want to curl up like a pill bug and roll away, but this movement is not about me, it’s about listening, learning, and leaning into the race issues currently afflicting our country.

Kim (By Hook or By Book Blogger) says, “if you want to be an ally to marginalized people, the first thing to do is to learn about their oppression and your role in sustaining that.”

I can’t help but consider the connection between COVID19 and the “virus” that has infiltrated our society as deeply and deadly as racism. We are suffering the effects of systemic racism that has gone viral. We’ve all been exposed, we have developed “antibiases” as a result, and there will never be a vaccine that can protect us from this type of toxic cultural septicemia.

Pema Chodron says, “It just keeps returning with new names (Ahmaud, Breonna, George), forms, and manifestations until we learn whatever it has to teach us about where we are separating ourselves from reality, how we are pulling back instead of opening up, closing down instead of allowing ourselves to experience fully whatever we encounter, without hesitation or retreating into ourselves.” And I might add how we benefit from our current reality at the expense of others.

Katie Anthony says the “I’m so ashamed” response is about you. There are two problems with making a conversation about racist violence about your level of discomfort. First of all, it doesn’t address the systems or personal choices that led to the racist violence, nor does it focus on the person who actually experienced the violence. It focuses on the inner lives of people like me who are imagining both what it would feel like to have to survive that kind of assault, and also what it would feel like to have committed it. That’s key.

Anthony explains that the work I need to do is not wallowing in surface emotions like shame, but identifying the parts of myself that I recognize in Amy Cooper, and the parts I see in the community around me. She warns that telegraphing my disgust with racism only encourages us to see “talking about racism” as on par with “engaging in anti-racism,” and it is not the same.

“We all agree that racism is an abhorrent stain on our culture, past, and present. We all feel ashamed. We all hate the racism. But what’s the next step” asks Katie Anthony?

Pema Chodron says, “when we can’t stand to feel the pain, the edginess, the anxiety, the queasiness in our stomach, the heat of the anger rising, the bitter taste of resentment,” we grasp at things that will numb us and relieve us of this unrelenting pain. Denial and justification are common responses. She says it’s a “habitual reaction” to avoid discomfort instead of allowing our pain (our collective pain) to transform us. If we stay present to our discomfort, we will also feel something else arising, something more real, capable, sensitive, with a genuine capacity to transfigure our hearts, our way of seeing the world, our ability to honor the dignity of all people regardless of ethnicity, race, or religion.

I need a bullshit detector for myself, one that protects me from becoming righteous, and grounded in biased ways of thinking. I need to stop cultivating my own agenda and start seeing this for what it is – self-serving. Maybe this time I stay with the pain, instead of tapping out, keeping my eyes, mind, and heart wide open.

For thousands of years, the Inuit have relied on an ancient tool with an ingenious twist, they use storytelling to teach their people. I’m not talking about fairy tales, where the reader is responsible to decipher the moral, but oral traditions designed to inform behavior, save lives, provide an inclusive vision for the community.

Oral storytelling is what’s known as a human universal. For tens of thousands of years, it has been a key tool for prophets, sages, philosophers, even scholars, to teach their disciples about values, morals, and practices that refuse to marginalize minorities, immigrants, the elderly, the widowed, or those with physical or mental illnesses.

We have outsourced our storytelling to screens, gaming, and social media. And in doing so we are missing out on our most potent opportunity to change our behavior, our cultural expectations, how we are “wired” if you will.

Can you imagine a world where everyone’s story is heard, believed, validated?

Jesus did. He called it the Reign of God, his vision was one of an inclusive society characterized by compassion, forgiveness, and love. Ironically he was murdered by the government for his radical ministry and countercultural views. How do we apply his profound teachings to today’s world where the issues we are confronting are much the same.

Seth Godin says, “we can refuse to magnify our differences and focus on maximizing possibility, justice, and connection.”

I want to improve so I’m taking a course on identity and instruction on how to “keep anti-racism consistently on the front burner of our teaching practices.” The guiding principle maintains that we are all responsible for dismantling racism, and implicit bias in our educational institutions, where a single story has been told for far too long. The dangers of a single story are many, because it allows for only one perspective, one vision regardless of accuracy or validity.

We need vibrant storytellers, people who know how to teach us a new way of being in the world, of relating to each other, especially those who have been systematically marginalized because of the color of their skin. Vincent Harding says, “there is something deeply built into us that needs story itself. That story is a source of nurture that we cannot become really true human beings for ourselves and for each other without story. And to find ways in which to tell it, to share it, to create it, to encourage younger people to create their own story.”

It’s time for me to erase my whiteboards, efface what I thought I knew, and allow space for new information, to silence my thoughts, to listen, and to learn.

Once upon a time…our world was handed over to fresh weavers, who bravely wove us a new story, using threads stained with not only blood, sweat, and tears but love. Together it became our new tapestry, our heritage, our symbol of the human potential to fabricate a new narrative, to spin our own tale, to reinvent ourselves, all entwined, knitted together, instructed by love.

You may write me down in history
With your bitter, twisted lies,
You may trod me in the very dirt
But still, like dust, I’ll rise.

Does my sassiness upset you?
Why are you beset with gloom?
’Cause I walk like I’ve got oil wells
Pumping in my living room.
Just like moons and like suns,
With the certainty of tides,
Just like hopes springing high,
Still I’ll rise.

Did you want to see me broken?
Bowed head and lowered eyes?
Shoulders falling down like teardrops,
Weakened by my soulful cries?

Does my haughtiness offend you?
Don’t you take it awful hard
’Cause I laugh like I’ve got gold mines
Diggin’ in my own backyard.

Does my sexiness upset you?
Does it come as a surprise
That I dance like I’ve got diamonds
At the meeting of my thighs?

Out of the huts of history’s shame
I rise
Up from a past that’s rooted in pain
I rise
I’m a black ocean, leaping and wide,
Welling and swelling I bear in the tide.

Leaving behind nights of terror and fear
I rise
Into a daybreak that’s wondrously clear
I rise
Bringing the gifts that my ancestors gave,
I am the dream and the hope of the slave.
I rise
I rise
I rise.

I’m Living in the Gap, dangling by a thread, weave me in folks.

We have only scratched the surface, please add your suggestions, reactions, ideas in the comments. Let’s get the conversation started.