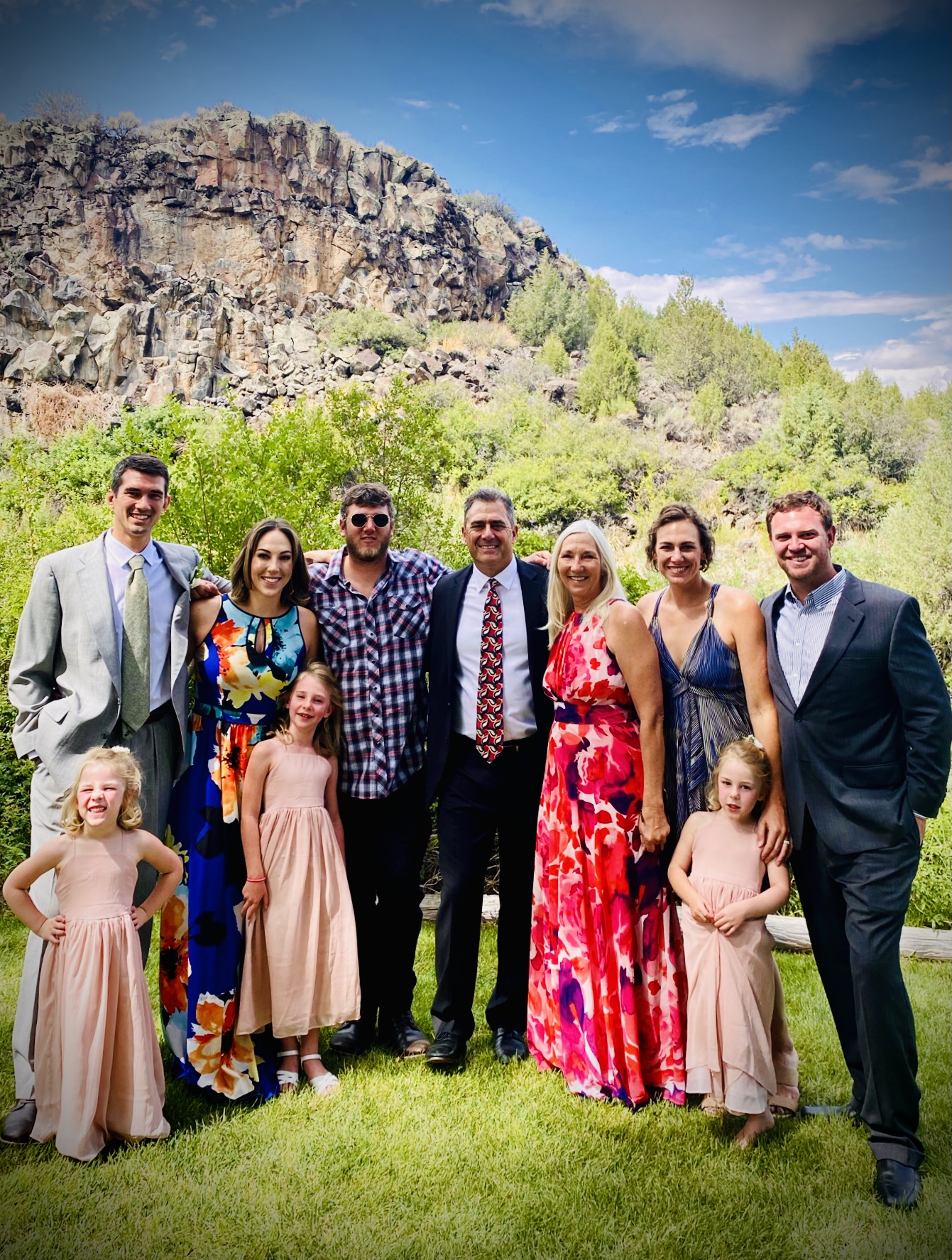 “I am not a grace graduate,” I speak this out loud to an empty room, because I am continually in need of rescue, not from the world, but from myself.

That was easier to type than to finally realize.

A grace graduate knows when to let things go, she’s wise, compassionate, tolerant, and frugal with her impatience. #Aspirations

Life is stressful by nature, and as usual, I’m not handling it well. I literally checked out from all social media, social obligations, and more importantly, I took a break from writing so I could focus on what’s in front of me.

A barren kitchen, a family wedding, and chronic rib issues.

The thing about pain is it’s constipating, I’m bloated with the need to expel my thoughts, but the words won’t come, and the discomfort is real.

I know, I’m sick of me too, but getting away from myself is difficult without copious amounts of wine and repetitive games of solitaire. I’m not proud, just honest.

The lack of sleep along with a plethora of obligations that I’m successfully avoiding have taken a toll. I’ve doled out my sanity as if I could print lucidity without inflatable repercussions and my common-cents is in a period of temporary decline. See what I did there?

Believe me when I say no one wants to spend time with me except my sister, and maybe the dog, but only when it’s time to eat. That applies to Shaggy not Nancy.

The kitchen remodel is essentially done and one by one I’m bringing in the boxes that have been stacked in the garage for months. Painstakingly (literally) restocking the kitchen in slow motion, rearranging my old things as if I’m rearranging myself, obsessively repositioning pots, dishes, utensils, and out-of-date accents to accommodate the new space. Amazon is filling in the gaps as if some sort of inexhaustible grout that compliments my every scheme.

I’m having a micro identity crisis as the new improved kitchen emerges from the foundation of her former self, it’s as if a snake, slipping out of her old skin. The process of shedding skin is called ecdysis, meaning to cast off, or in my case to let go. There are many factors that affect how and when we shed, including age and weather, the applications are endless, but I’ll leave that one to your imagination.

If Amazon had gold status I would be a founding member, arriving daily (much to Larry’s duress) are packages filled with drawer organizers, rustic picture frames, farmhouse clock, colorful mixing bowls, dish towels, spice racks, garbage cans, and an adorable cake plate because I’m irrational when it comes to black and white accents.

For Mother’s Day, the kids surprised me with a Wolf toaster for my new kitchen, it comes with these adorable red knobs, wide setting for bagels, and a warmer button if your toast needs to wait for the eggs to finish cooking. I know, it’s decadent, but please don’t judge me because I’m in love with a knob. Wait, that didn’t come out right.

This toaster has become the new benchmark for evaluating all things relevant or irrelevant to life. As Tony claims, “for the price of sixteen toasters I purchased an entire car.”

Me, “I could own two Dyson vacuums for the price of one flat-screen television.” They all look at me as if I don’t understand the game, I say, “trust me, I know more than you think.”

Some things look better in the new space but most of the basics I’ve been saddled with for the past thirty years have to go. The problem is I’m loyal to my old things and I find myself not only grieving but trying to repurpose every discarded item as if St. Peter at the gates of heaven. Those deemed unworthy are directed towards the Goodwill. It’s merciless. As Shannon L. Alder claims immorality is the word we use to describe people that are not sinning the same way we are. Bahaha.

No wonder I’m wearing so much black.

It took an hour to bring my Mom’s old KitchenAid mixer back to life. As I scrubbed away old stains and debris I couldn’t help but wonder about the last thing she made with this appliance? I’ll never know but in my head it was a batch of cookies for me. Can we all agree to agree? Excellent.

I suppose I’ve been thinking of my Mom lately because she was the one who made things better especially when I was hurt and it’s her birthday today. She would have been 85. It’s disorienting to be in the world without my Mom because she was my mirror when I lost sight of myself, my anchor in a storm, the acme of home.

In a few days, the entire Oreglia clan will be gathering in Utah for a celebration of marriage between our godson Adam and his beautiful fiance Kiana.

My son Tony flew in from Portugal several days ago as he’s a groomsman. Due to a series of unfortunate events it took him over 50 hours to arrive at the compound reserved for the wedding party in Hatch, Utah. He had a difficult time acclimating to the altitude which is somewhere around 8000 feet and suffered a bout of intense jet lag.

Our daughter Kelley has been in California since late May, she spent the 4th of July with us up at the lake, and has been working remotely from our house while she catches up with family and friends from all over the state.

Tomorrow morning Larry, Kelley, Nono, Nana, Julie, Nic, Audrey, Cora, and Sienna, and I are catching the same flight to Salt Lake City. If the plane goes down four generations will be wrangling with St. Peter! Yeah, let’s not go there.

I’ve rented a place called the Jones Cabin which should accommodate my entire family. It’s always exciting when I have all my chicks in the same henhouse and I’ve been clucking with joy for weeks. I have this fantasy of the entire family gathered in our pajamas sipping coffee and razzing each other like the good old days. One can always dream…

After 5 hours of driving through extraordinary scenery, we arrive at the resort in the pouring rain and race to unload our gear. The cabin is perfect, Nic ordered several pizzas, and the entire Oreglia clan gathered in our living room to shoot the shit, sip wine, and anticipate the wedding tomorrow afternoon.

It was an intimate gathering, celebrated under the cliffs of an ancient canyon, with the sounds of a waterfall in the background, a single guitarist, and joyful guests. My granddaughters stole the show as they waltzed down the long runner spreading greenery before Kiana’s gracious arrival. The bride and groom wrote their own vows and the ceremony was presided over by Adams’s best friend Connor. It was a heartwarming service without a dry eye in the house.

The alarm went off at 6:00 am the following morning as we crammed our luggage and ourselves back into the huge van we rented and made our way to Salt Lake City and our flights home.

My son Tony turns to me, we’re sitting side by side on a Southwest flight bound for San Jose, and somehow we scored bulkhead seats, which means we can stretch our long legs. He says, “did you know the word hypocrite comes from the Greeks? It’s what they used to call actors because acting is hypocritical to your true nature.”

I say something profound, “interesting,” glancing down at the book he’s reading while simultaneously taking notes in a journal, I’m left wondering who sired this kid?

Glancing out the window at the formations of clouds and blue sky I consider the word hypocrisy? It’s universally despised (unless you’re an actor of course) because hypocrite pretends to hold beliefs, feelings, standards, opinions, virtues, and other characteristics that a person does not actually hold. It’s living inauthentically because it’s always been easier to toe the party line and live out our truth in the shadows or on stage as it may be.

If I were honest, I would admit I am guilty of this on multiple occasions, maybe we all are?

So this morning while Tony and I are enjoying coffee I tell him about a book I want to read. It’s called, Before the Coffee Gets Cold, by Toshikazu Kawaguchi, a story about time travel.

The premise explores the possibility of going back in time and having the opportunity to change something you’re not proud of, maybe when you were living like a hypocrite? But it turns out time travel is not so simple, and there are rules that must be followed, most important, the trip can last only as long as it takes for the coffee to get cold.

I say, “absolutely, I’m a founding member of Amazon, with a prime membership,” which gets me the look.

The books come tomorrow, this of course got me thinking about the past, what I could possibly change in the span of time it takes for a cup of coffee to get cold? George Washington Carver claims how far you go in life depends on your being tender with the young, compassionate with the aged, sympathetic with the striving, and tolerant of the weak and strong. Because someday in your life you will have been all of these.

So I consider the times I haven’t been tender, compassionate, sympathetic, or tolerant, and I lean into these memories. The failures are so intertwined with the successes they’re hard to distinguish, raising kids, harboring friends, climbing the ladder, taking care of aging parents and each other. Is forgiveness retroactive? I decide it is because a wise Jewish man said as much 2000 years ago. I proceed to process those olden moments, which doesn’t change a thing, but I’m beginning to realize you can not move forward until you release yourself from the mistakes of the past. Wish I understood this pre-wrinkle but better late than never.

It’s quite possible that everything we encounter is something identifiable within ourselves clamoring to be loved. The truth is I’ve been letting things go for months, if I had bothered to look I could have seen it for what it is, preparation for a more fulfilling life. Maybe that’s always the case but we’re blinded by the minutiae of ordering, protecting, inventorying, and rearranging our lives. I wonder if that is how forgiveness buds, says Khaled Hosseini, not with the fanfare of epiphany, but with pain gathering its things, packing up, and allowing them to slip away before the coffee gets cold. I may never become a grace graduate but I’m learning as I make my way home to let it go.